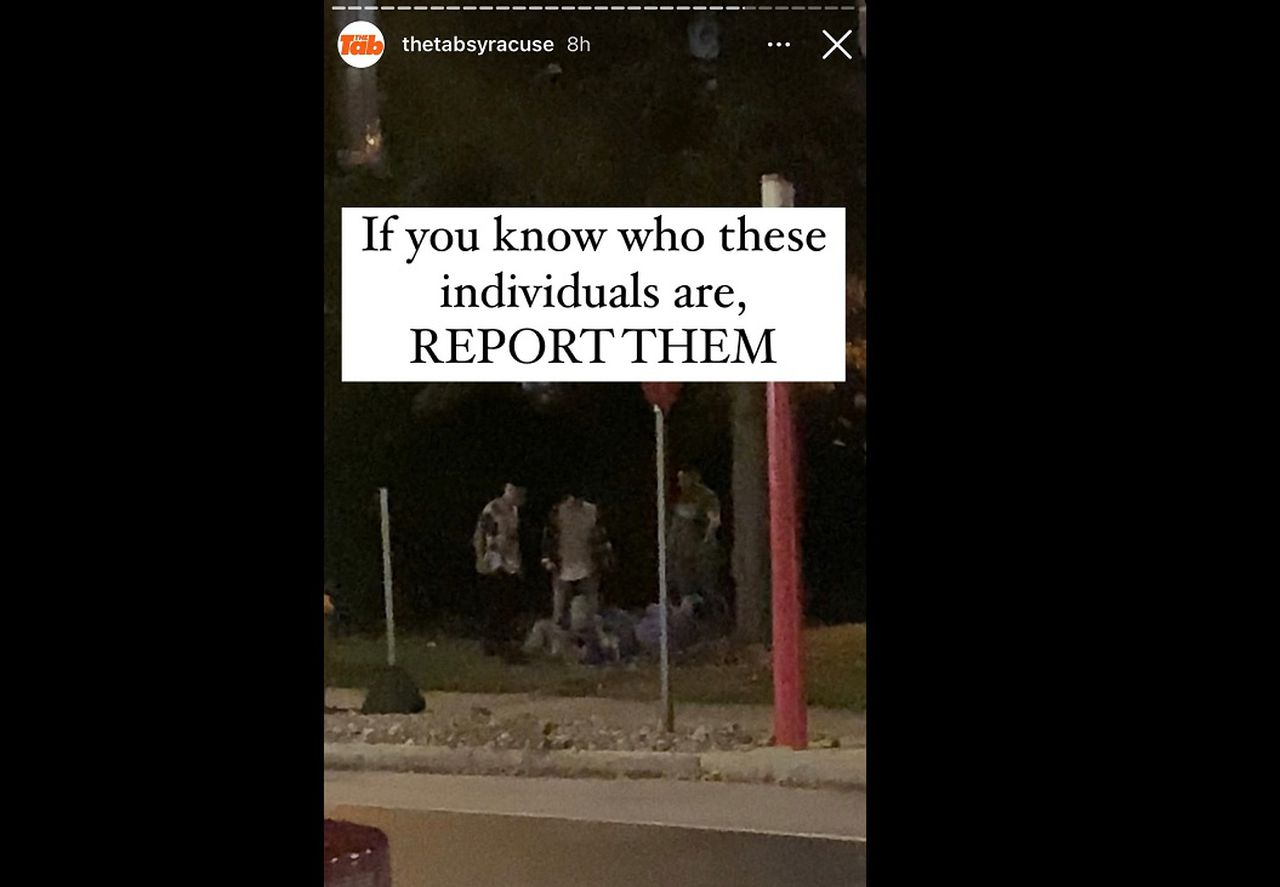 Syracuse, N.Y. — Cameras have been rolling as a group of individuals attacked a man Friday night on the Syracuse University campus.

Witnesses recorded the violence from across University Avenue in the vicinity of Marshall Avenue, and viewed as the team kicked and punched a male on the ground as he pleaded with them.

That video — uploaded to The Tab Syracuse, an Instagram web site with extra than 13,400 followers — has caught the interest of Syracuse University leaders.

“The violence in the video clip is appalling and deeply disturbing and are unable to be tolerated in our community,” according to a letter signed by Department of General public Safety Main Bobby Maldonado and Senior Vice President for the College student Practical experience Allen W. Groves.

In the video, the male on the floor can be heard screaming, “check my pockets” as other adult males kick and strike him. The Tab statements the attack may have been racially motivated, and that “multiple white SU male students” attacked a young gentleman who does not show up at SU following they accused him of stealing their wallets, according to the Instagram story.

“The target pleaded with (his attackers) to examine his pockets to show his innocence as the team of SU college students ongoing to kick, punch and drag him,” according to the Tab’s Instagram put up, which also statements the attackers stole the victim’s mobile cell phone all through the scuffle. “The victim was still left with a noticeably swollen eye and physique coated in blood.”

When questioned about the assault, Syracuse police spokesman Sgt. Matthew Malinowski mentioned officers responded to a battle and that “the sufferer was not cooperative.” In the video shared on social media, one officer tells bystanders the victim told him to F-off and that there was not much law enforcement could do due to the fact the target did not want to push charges.

The witnesses questioned the officers, declaring they did not realize why law enforcement couldn’t do more.

In a letter to Syracuse University pupils, college, team and people Sunday evening, Maldonado and Groves said Division of General public Security (DPS) is examining security camera footage in the spot and social media video clips and images as they search for “evidence.”

But as of Sunday evening, they explained they “do not know the id of any of the men and women pictured and thus can’t say if they are affiliated with Syracuse College.”

SU officers say they just lately figured out about what happened Friday night on College Avenue, and they are using it significantly.

“If a university student is observed to have been included in this assault, they will confront instant repercussions, which include interim suspension, referral to Community Benchmarks for Code of Conduct violations and referral to Syracuse Law enforcement,” Maldonado and Groves wrote in the letter.

Syracuse College asks any one who acknowledges any of the persons associated in the attack to call DPS at (315) 443-2224, connect with Syracuse law enforcement at (315) 442-5200 notify the Place of work of the Dean of Pupils at (315) 443-4357 or [email protected] or submit a tip through the Silent Witness resource or the Rave Guardian cell app.

“We understand the deep concern this violence engenders in our community, especially amongst those presently experience marginalized,” Maldonado and Groves wrote. “We will keep on to look into this matter and share any new facts that will become accessible to us.”